Relationship between the \(F\)-statistic, p-value, and null hypothesis

Let’s make some plots to visualize this comparison step-by-step. I’ll use the same example from the sub-module 9.3 lecture. Let’s start from when we calculate our observed \(F\)-statistics (pg. 15 from 9.3 notes), which I’ll call f_obs. Based on our calculations of the mean squares we determined that \(F_{obs} = 5.11\). 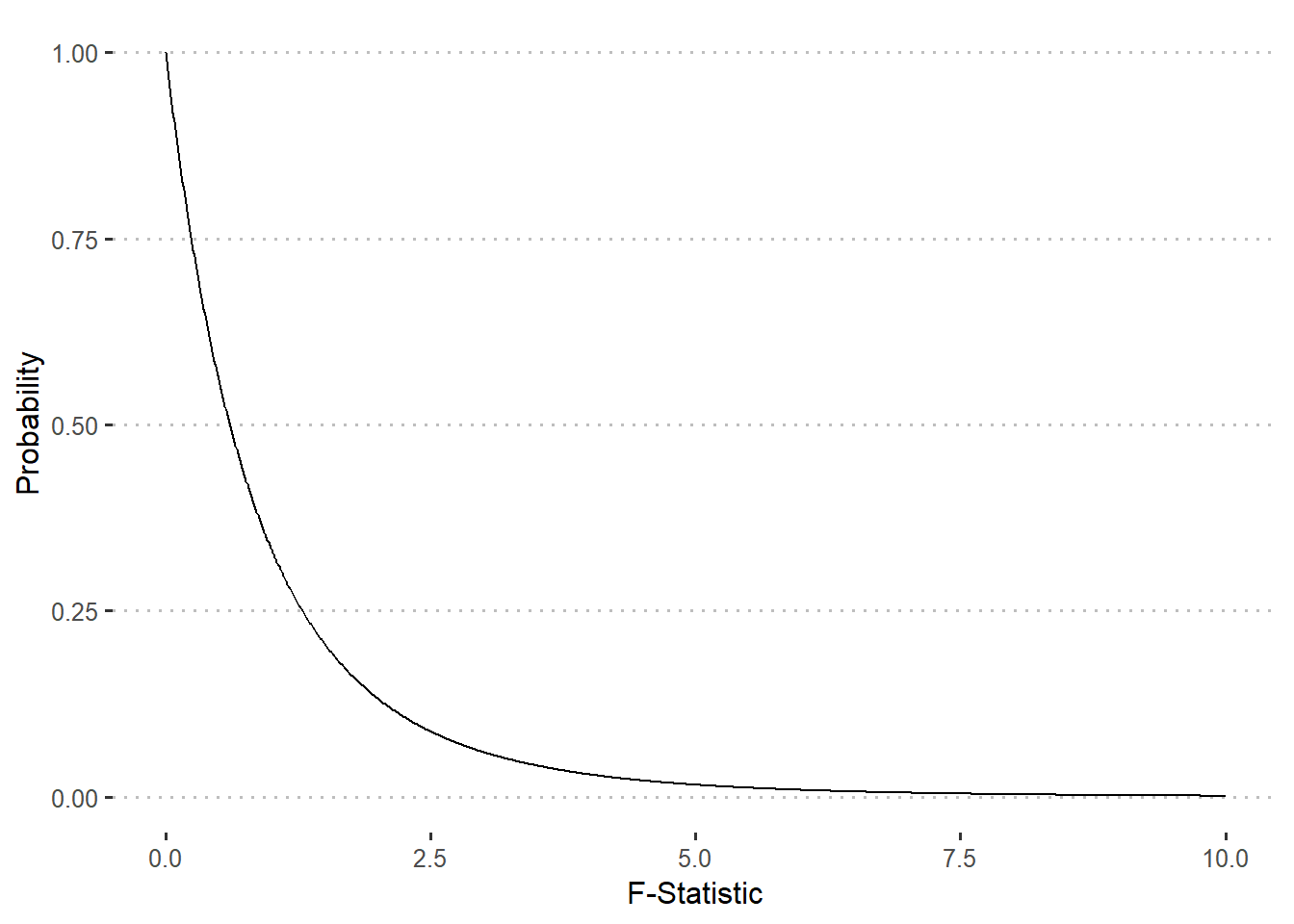 This curve shows the possible values for the \(F\)-statistic (shown on the x-axis) and the probability of observing those values (y-axis) if the null hypothesis were true (based on the dfs we specified). We can use this to determine if we should reject or fail to reject the null hypothesis by comparing f_obs to a theoretical \(F\)-statistic based on a critical value \(\alpha\), which you’ll recall is often set to \(\alpha = 0.05\). This \(F\)-statistic, which we will call f_crit, will correspond to having a p-value of exactly 0.05.

It is important to note that we working with a density function, which means that we are interested in the area under the curve. We can not simply draw a line with a y-intercept of 0.05 to find f_crit. Instead we need to find the “quantile” of our area of interest (5% or 0.05). Luckily the qf() can calculate quantile for the \(F\)-distribution:

Which determines that f_crit is equal to 4.26. Note that we set lower.tail = F because were are using a one-way test on the high end. Now we can draw the area under the curve that represents the “rejection region”: 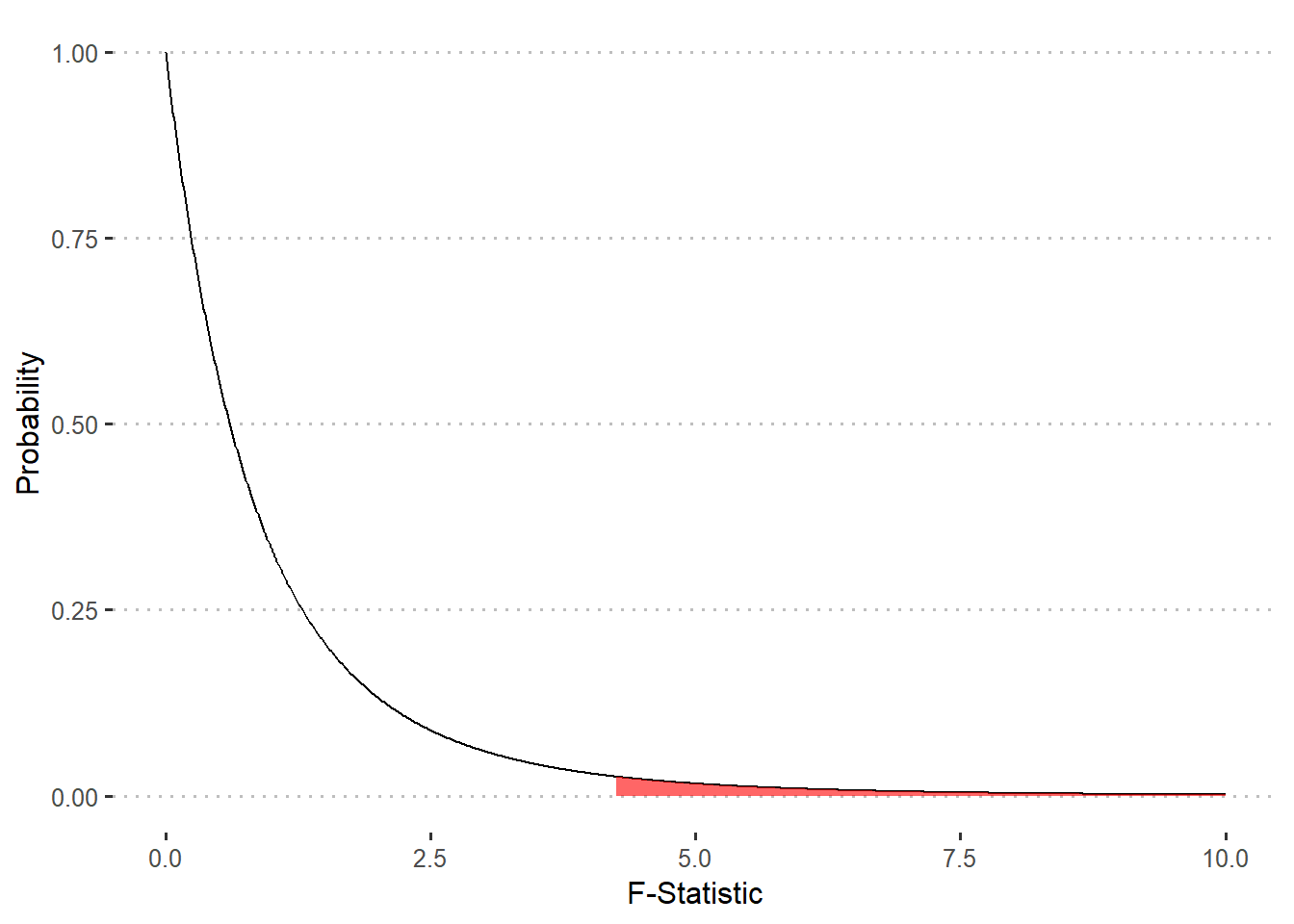 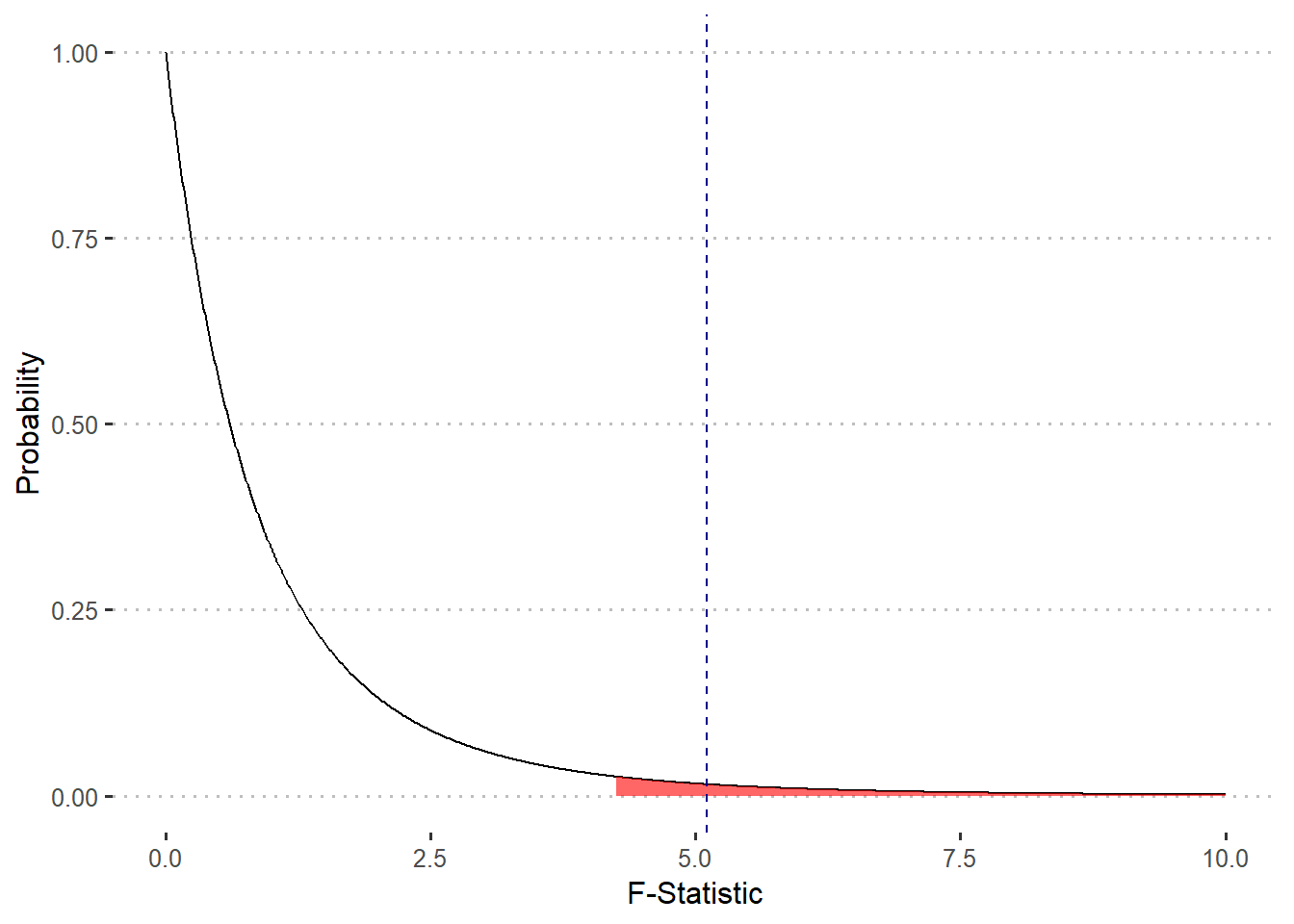 As you can see, f_obs falls in the rejection region, and therefore we will reject the null hypothesis that there is no difference between our treatments. As a final note, we can also calculate the p-value associated with f_obs using the pf() function: